Hi Guys! With the current state of the world at the moment I have a lot more spare time on my hands. So I have been thinking of dabbling in a new Carputer project for MR2 Turbo Rev3.

I am not going to lie I don't now a lot about chipboard electronics, but i am not scared to learn and i pick things up very quickly. I know a little bit of programming and also have a basic understanding of car electronics/wiring and have wired many alarms and sound systems in my MR2's.

My basic plan for my project is to be feed any sensor readings (Speedo, Rev Counter, Boost, etc...)to a customisable HUD screen. Working slowly through one readout at a time with maybe an end goal of having a DIY OBDII style connector at the end of the project for all my readings.

I am sure this has been tried before but based on some brief research i have been doing it doesn't seem anyone has tried with Arduinos/Pi's before in MR2's.

So number 1 on my list to get working is a Digital Speedo displaying on a TFT screen. My plan for this is to use a higher power CPU Arduino to power a High refresh rate TFT to give me a Decent digital speedo.

Where i get a little confused is to where i take the reading from the current speedo wiring system to feed into my Arduino. My understanding is that there is 3 cables that come from my gearbox (1 Live, 1 Ground, 1 Pulsing Signal) But i am not sure if i tap into the cable between the gearbox and Speedometer to feed the Arduino or is there a better feed to tap into after it goes into the cars speedo. As from my understanding the cars speedo calibrates the signal for other systems (Power steering, Cruise control, ECU etc)?

I also understand that the speedo signal cable produces pulses per minute which the Arduino will be able to turn into real data which i will figure out when i find the best feed to tap into. I will also aim to have a data output from the Arduino which will provide the converted signal into data for a Raspberry PI to use later in the project.

Somebody did a similar project like this to create a digital dash. Might pay to troll through the US forums to see what was done and problems encountered.

I’ve used my EMS to run data gauge display onto a 7” Droid touch screen. Nice to have a modern feel to cabin along with capability to adjust or add gauges on demand.

Hi guys just an update on what i have done so far.

I have received all of my Arduino kit now and I have been tinkering over the last couple of days to get my head around the coding. During my trawling on the web i came across this little gem. 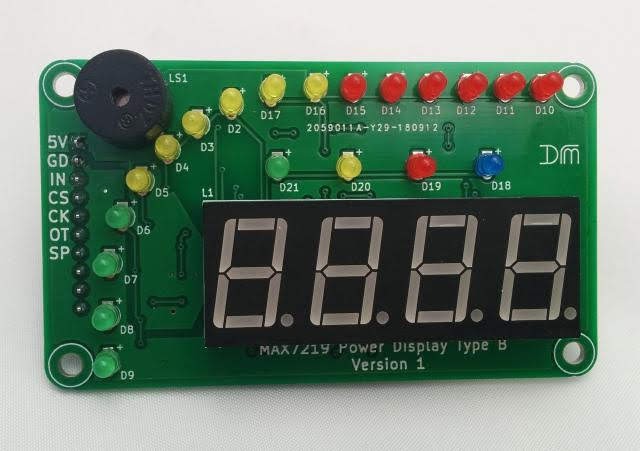 I know i originally said i wanted to look into a TFT screen to run the speedo. But when looking around online it seemed that it may not refresh quick enough to be usable in a real world environment. But the segment display can refresh really quick.

I also really liked the outer LEDS which i thought could be utilised for my Tacho later on. But I did not like the colours already on there so i started replacing them today with clear blue ones. There is 16 LED's in total on the tacho so i decided i would divide them all up into 500 & 1000 segments with 2 Red LEDs at the end representing 1000 each. I don't currently have clear versions of the red LED's at the moment but when I get hold of some i will provide updated pictures. I also removed the speaker that was attached to this as i wont be using it on this board. When i got everything connected to my Aruino I managed to create a sample of what it could look like.
[media]https://photos.app.goo.gl/c5jddLZJE51p9taw5[/media]

I also managed to adapt this to update the display every 5 seconds with a count of button presses. Which i can then hopefully adjust the maths to show me my MPH/RPM when i finally work out how i will handle the input signals from the car.