How To:- Conceal The Number Plate Lights / Smooth Rear Panel

Modifying the back panel.

What I did was make a template from thick paper of the shape I wanted. If you look at the sides of the back panel there is a rounded lip running top to bottom the inside of that lip forms the sides of the template. 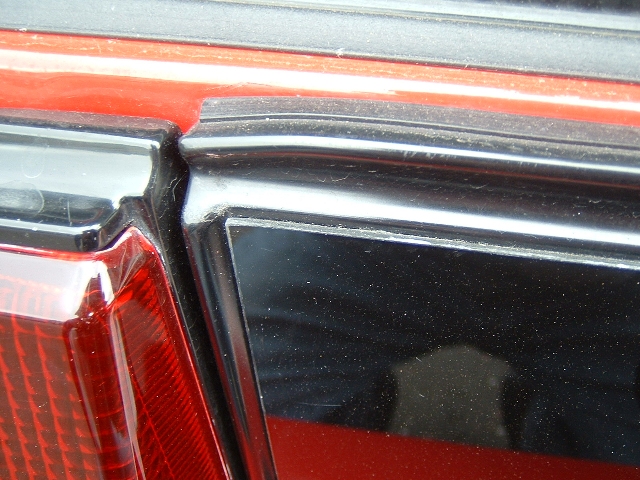 At the bottom of the panel it slopes outwards, the start of the slope forms the bottom edge of the template. 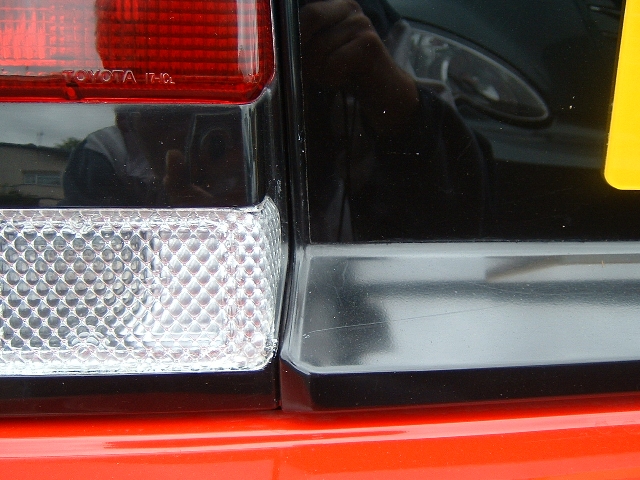 At the top it curves towards the boot, the start of this curve forms the top of the template. 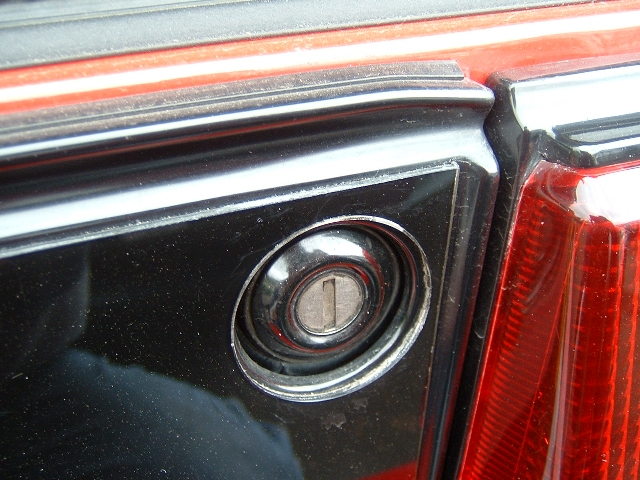 The sizes may well need fine tuning for your back panel, but it will give you something to start with. Notice that the sides slope slightly inwards at the bottom.
I marked the centre of the lock on the template and used a 40mm hole saw to cut the hole, the size is just right to match up with the edge of the recess the lock sits in.
The clear plastic I bought from Focus DIY its 2mm thick glazing plastic. I cut it with a jigsaw fractionally larger than needed and then sanded the edges straight using a strip of aluminium oxide paper pinned on to a flat board so that I could sand the complete edge at once ( gets a nice straight edge that way )
Once I was happy with the fit I masked of the front of the plastic and sprayed the back black using Plasticote Satin Black.
I then covered the back with 50mm wide double sided tape ( not the foam stuff ) and stuck the panel in place, I wasn't sure the tape would last so this was a sort of test. Its been in place now for just over a year ( right though a hot summer ) with no problems and I can still remove it if I wanted to return to the standard set-up.
Number plate was stuck on the same way ( so there's no screws or bolts showing )
FYI. the spots on the pics are dust on the outside ( its needing a clean ) when you stand more than a foot away it just looks like a standard back panel.

I bought this waterproof led strip from Ultraleds cost £16.63

Its 12 volt with 48 wide angle led's and is 480mm long, completely waterproof and very flexible with a metre or so of cable attached
I  used a hot glue gun to attach the strip to the inside of the boot lid ( behind the black trim ) again this was just a trial but its still there, so it's staying the way it is ( also dead easy to remove if you need to )

All the pictures show the original LED strip I used (no longer available) which wasn't waterproof, the postioning and method of attaching the waterproof strip is exactly the same 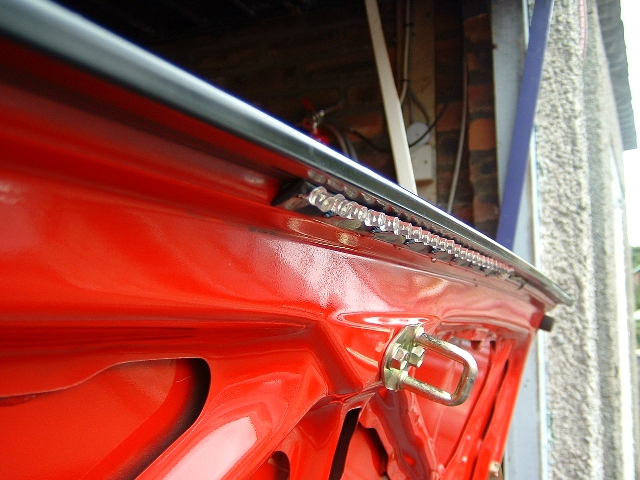 The cable I routed through a drain hole in the edge of the boot lid then down behind the lid stiffeners ( I've pulled it out a bit in the pic so you can see it ) to the drivers side hinge, then round behind the boot trim to the behind the back panel where you can connect to the original number plate light connector.
You then need to angle the led's down to light the number plate, I also angled the last 4 on either side towards the sides of the car to give an even spread of light across the plate. 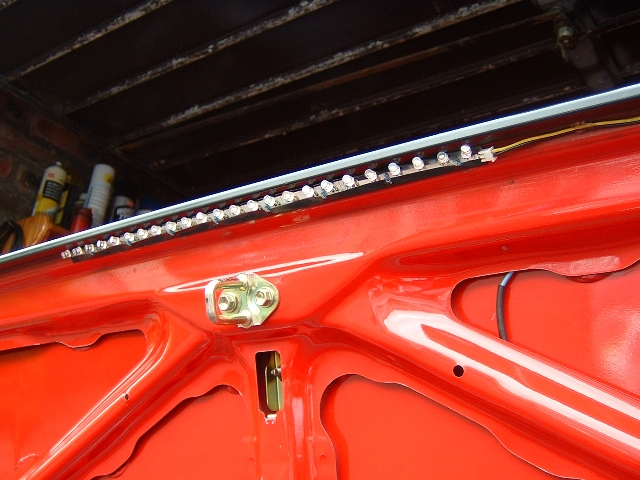 The finished article. You can see the cable going up to the LED's at the right hand side going into the boot lid stiffener 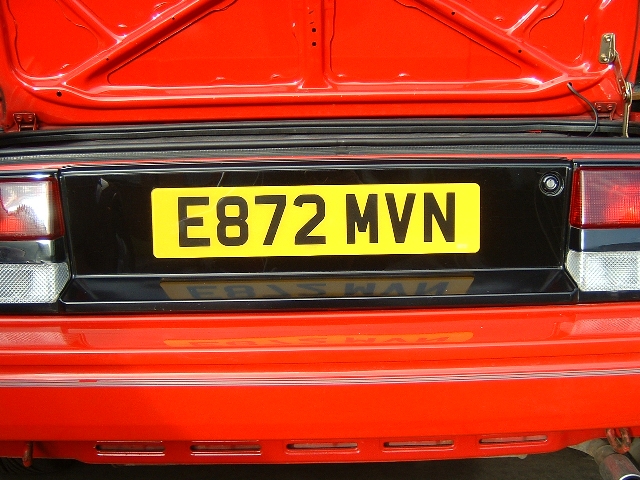 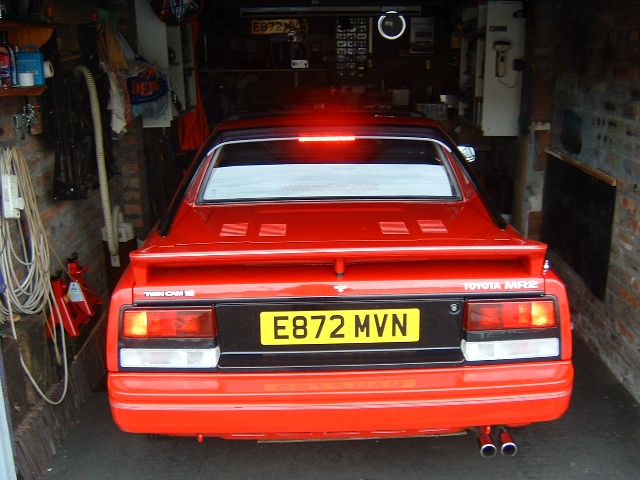 Picture at night with the lights on 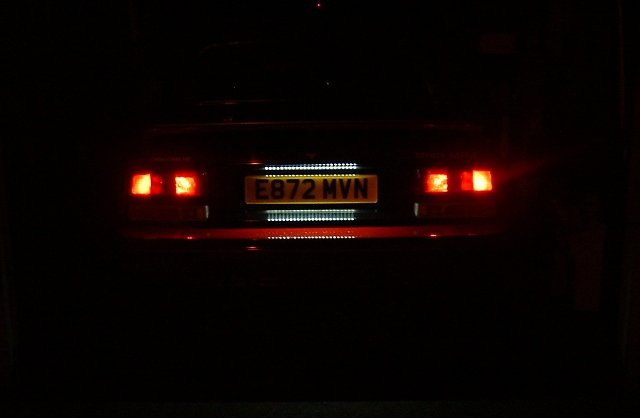 When I completed it I took the car round to a couple of friendly MOT testers to see what they thought, both were happy with it and it's since passed the MOT no problem. You'll be quite surprised just how bright it is ( I was worried it might be too bright ! ) as long as you make sure the leds are fully behind the boot lid so they are not directly visible from the rear you will be fine. An added bonus is that the light hits the edge of the number plate and makes the whole plate glow and it reflects off the bottom of the panel, looks like 2 rows of LED's ..... quite cool ! IMHO